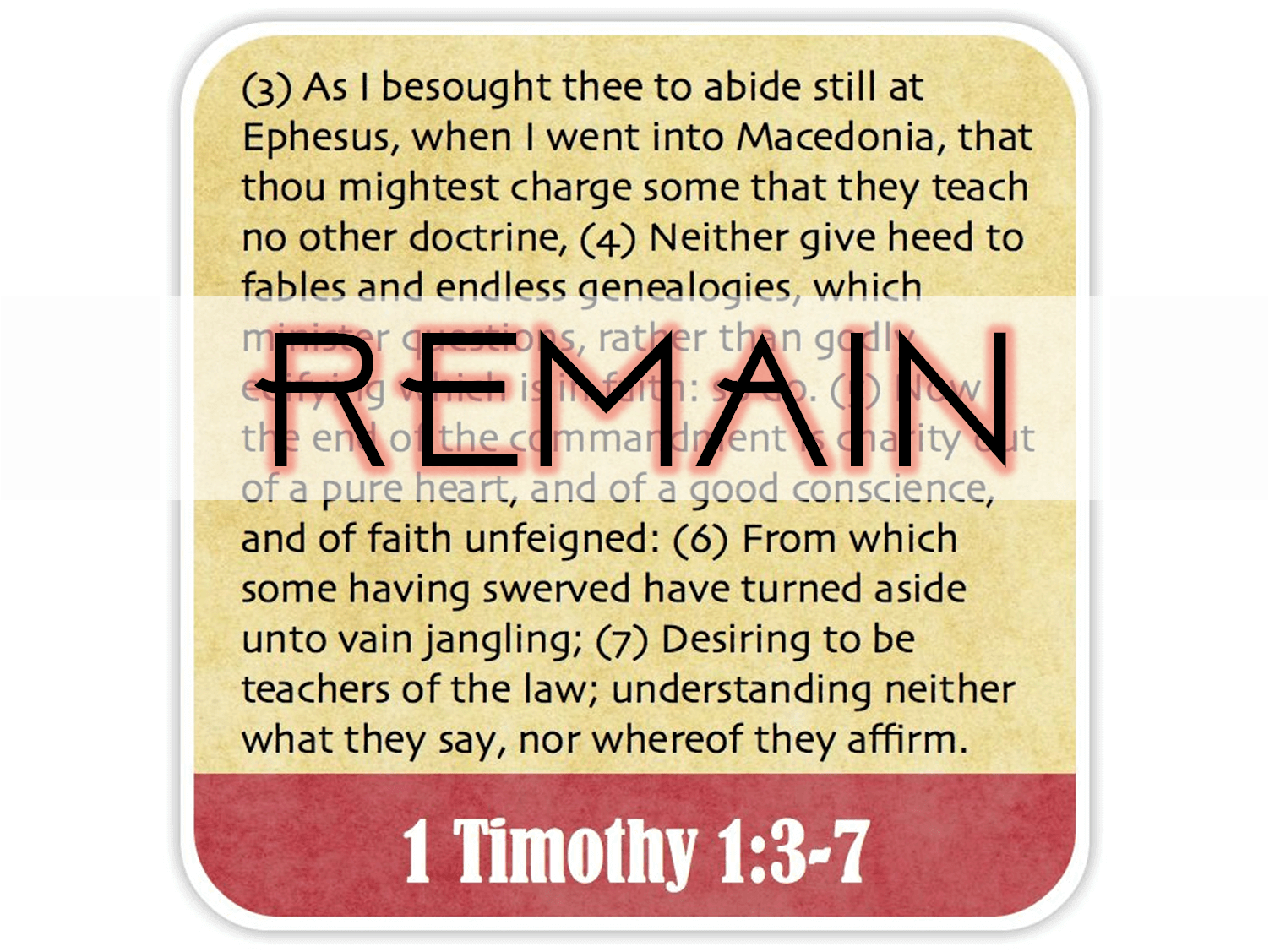 3 As I urged you when I went into Macedonia—remain in Ephesus that you may charge some that they teach no other doctrine, 4 nor give heed to fables and endless genealogies, which cause disputes rather than godly edification which is in faith. 5 Now the purpose of the commandment is love from a pure heart, from a good conscience, and from sincere faith, 6 from which some, having strayed, have turned aside to idle talk, 7 desiring to be teachers of the law, understanding neither what they say nor the things which they affirm.

For the truth has run away

Both from the movement of their lips

And from the message of their hearts

In the streams of false doctrine

As a rock in the river

That stands amidst the world’s strong current

For God is moving

His hands to grip all the faith loosening

His feet to stomp all the lies whispering

His arms to embrace all the hearts breaking

For some of the soldiers cease the fire

And some have lost the fight

In the God who moves the mountains;

in the God who makes bread the once were rocks;

Never walk away from His powerful, perfect will

His work to remain

Though the world pulls it down

For God to push it more up!